A new breed of Sound Designers

Pro Sound News investigates the cut-and-paste digital art of sound design in the studio, and meets a new breed of audio professionals equally at home with music, SFX and dialogue. 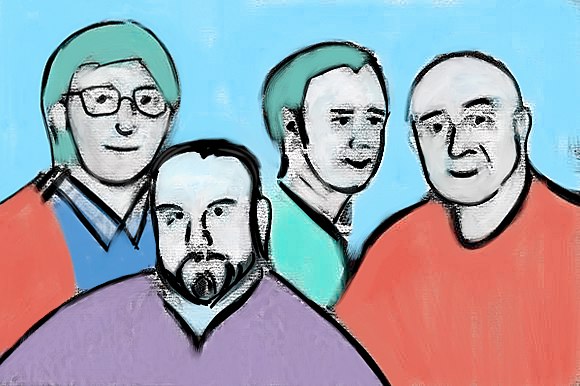 
Pro Tools would be the system of choice of many sound design professionals with a background in sound editing and dubbing – people like Charles Maynes, a respected sound designer.

"I use a Pro Tools 24 system. They are the dominant workstation for sound design and editing in Los Angeles and offer a vast collection of terrific sound treatments. Third-party developers are producing plug-ins which allow us almost unrestricted creative freedom in crafting the modern sonic landscapes that film audiences have come to expect".

As useful as such tools may be, Maynes acknowledges that few, if any, have been developed specifically for use in sound design. "Most of us tend to use relatively common studio and music synthesis tools, especially when creating more ‘fantasy’ effects. The majority of sound processing tends to be in treating acoustic sounds and combining sounds for a more emotional impact." It sounds almost as if the sound designer allies himself more closely with the musician than the studio engineer or sound mixer.

It’s certainly not uncommon for them to find themselves using the same equipment, as sound designer Mark Meuwese at Pluk points out. "In general, most of the audio software and hardware we use has been aimed at the music industry. Some sound designers like working with hard disk workstations – usually a Mac with its versatility of software – others prefer using sequencing software with RAM-based samplers like the Synclavier."

It would appear that sound designers share the widely held belief of many musicians that equipment is simply a means to an end. "Technology is irrelevant," Meuwese stresses, "storytelling is what’s important. You’ll find a method irrespective of the technology. New technology will give you the ability to do more in the time available."

"Good sound people are almost audio psychologists," says Scott Gershin, a sound designer at audio post-production facility Soundelux in Hollywood. "There are several dimensions to what we’re trying to do. To start with, there’s reality. I’ve to try to create a sound that you believe, that you say: Yeah, that could come from that person or that object."

"One of the great things about creating sounds that accompany visuals for the movies is that audiences will go out of their way to accept whatever you present to them." explains sound designer Randy Thom. The difficulty of finding an effect for a particular visual event lies not so much in the quality of realism of the material available, but in sifting through the countless thousands of effects available. Behind many effect libraries are names you could expect to find in a who’s who of contemporary sound design. Are such libraries designed for the professional sound designer or simply created by them?

"I think libraries are a great resource," says Charles Maynes, a sound designer/editor with credits that include Twister and Starship Troopers. "I usually try to have a ‘less is more’ mentality – in all things but this! Libraries are useful if you’re short on time or don’t have a budget to go Madagascar for that beetle colony sound you’ve heard about. But I think most people will try to record sounds fresh for each project. A lot of times we’ll use stuff that we already know and have mastered. It’s a flexible arrangement."